Stocks NOT To Buy Now

Of all the silly information regularly offered to investors, the most useless and omnipresent is typically phrased as “10 Stocks to Buy Now”. The latest to come across my desk is from Barron’s, the well-respected (in some quarters) Dow Jones financial weekly that is a sister publication of The Wall Street Journal.  The article, in the December 21st issue, was entitled “10 Timely Stock Picks For 2021.”

Just in case readers got too excited about the list of stocks provided, the article let them know the 10 picks they anointed in December 2019 returned an average of 11%.  In most years, that would be been considered an OK return, but over the same period the S&P 500 index returned 18%.  Barron’s response to the shortfall: Who could have predicted 2020? 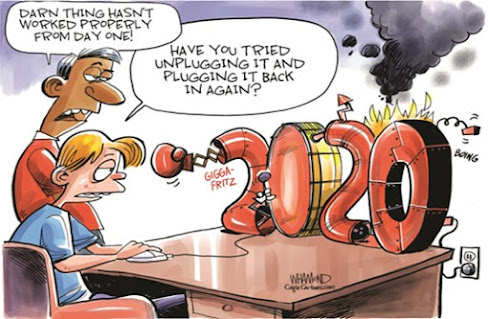 The reality is that no one can predict the returns for any year.  Indeed, any and all efforts to forecast the short-term future for the investment markets are futile.

Here’s an excerpt from Jeff Sommer’s article in The New York Times on December 18th:

Clueless About 2020, Wall Street Forecasters Are at It Again for 2021.

If you want to know where the stock market will end up one year from now, I’m sorry — I can’t help with that.

The difference is that I don’t try to forecast the stock market’s movements.

Predicting the future is beyond my competence. And it’s not just me. The overwhelming evidence from decades of academic research is that nobody can reliably and accurately forecast what the stock market will do. Short-term forecasts — including predictions of where the market will be one year from now — are a fool’s game.

Yet Wall Street is at it again. Strategists are issuing boatloads of forecasts that purport to reveal precisely where the market will be at the end of the 2021.

These prognosticators are smart people and often have interesting things to say about what has already occurred in the markets and the economy. But as far as predicting the future goes, Wall Street’s record is remarkable for its ineptitude.

I can’t fault anyone for failing to have known in advance exactly how painful and strange 2020 would turn out to be. I didn’t see it either (and if you know of a way of redoing this entire year, please count me in).

But I don’t make forecasts. Wall Street does and it proved, without a shadow of a doubt, that it had no idea of where things were heading.

That may sound grim, yet I, too, remain essentially bullish about the stock market over the long run. Because the market has risen far more frequently than it has fallen, for many decades, I think it is reasonable, if risky, to make long-term bets that it will rise in the future. Underlying that assessment is the assumption that, despite the kinds of tragedies and setbacks we’ve seen this year, the world economy will keep growing and public companies will make profits that will flow into investors’ hands.

That is why I have continued to put money into stocks — as well as bonds — during this time of pandemic, economic dislocation, and social and political struggle.

May 17, 2020
Reality Check On the heels of the market plunge of late February and most of March, investors did a sharp about-face in April, bidding up shares at one of the fastest rates in recent history.  Although this recovery probably provided at least temporary comfort from the plunge, it would be unreasonable to view the rebound as a sign that things are all better.  They are not. For one thing, we are now in the midst of earnings reason, when companies report their quarterly results.  Some may have good news for the March quarter, but as we move through the current calendar quarter, only a few will be able to show continuing improvement.  Against the broad backdrop of U.S. business history, the months just ahead will almost certainly prove to be among the worst, from the standpoint of year-to-year comparison. With more than 30 million people filing claims for unemployment insurance, it would be difficult to expect anything other than bad economic news.  Who knows how many of these
Post a Comment
Read more

July 10, 2020
Jobs Are Up, But So Are New Infections Through the spring months, m ost of the economic data was extremely negative, with record declines in employment and consumer spending.  The speed of that decline had no modern precedent. We are now in a recession.   The shortest recession on record occurred in 1980 and lasted just six months.  Second place goes to a seven-month recession in 1918-19, which was tied to the Spanish flu pandemic.  The big question is: When will this recession end? Given surprisingly strong data in May, April may have been the bottom of this economic cycle.  If so, it will have been the shortest recession on record.  With massive support from the Federal Reserve, the federal government, and the reopening of previously closed businesses, employment surged unexpectedly.  At the same time, pent-up demand, stimulus checks, and generous unemployment benefits led to a reacceleration of commercial activity. Still, not all is rosy.   In his recent testimo
Post a Comment
Read more

July 21, 2020
Fixed Income: In a Fix Typically, the construction of an investment portfolio has begun with an approximate balance of 60% in equities and 40% in fixed income instruments.   Fixed income generally means bonds, but that includes bond funds and exchange-traded funds holding bonds.   The equity portion is intended to be the driver of capital appreciation over extended periods of time and the fixed income portion is supposed to provide stable, albeit more moderate ongoing rates of return. The theory behind this approach is that as the time periods measured have lengthened, the relative risk of holding equities has diminished while the returns they have generated have been higher than those of other asset classes.   What equities do in the short term, even a year or two, is often anybody’s guess.    To the extent that fundamental analysis can help toward determining future equity values, investors need to look ahead three, four, five years or more before reasonably expecting t
Post a Comment
Read more